There are two schools of thought about the mystery of Rennes-le-Château. One has it hiding the greatest secret in history, the other that it is the biggest hoax of the 20th century.

Either way it is a tale that has captured the popular imagination like few others in recent years, spawning endless books, TV programs and the blockbuster novel and Hollywood film the Da Vinci Code.

As myth, fact or a mixture of both, it has all the classic ingredients of the best adventure stories; lost parchments, secret societies, esoteric codes, buried treasure, and the ultimate bombshell — a forbidden truth so vast that if revealed it would rock Christianity itself to its foundations.

Our story begins in rural France in the 1880s, at a sleepy village atop a hill near Carcassonne called Rennes-le-Château. The village was home to an old church, dedicated to Mary Magdalene, that had fallen into disrepair after years of neglect.

The village’s priest Bérenger Saunière drew up plans to renovate the church. Whilst Saunière himself was of humble means, he managed to secure enough funding to begin the work, which commenced in 1887.

It was during these renovations that Saunière would make a discovery that would not only transform his own personal fortunes but launch a thousand conspiracy theories about Rennes-le-Château that endure to this day.

The exact nature of what he discovered varies between tellings, but the most popular version has it that Saunière found some parchments concealed inside a hollow pillar of the church’s altar.

Some of the parchments detailed royal genealogies dating back centuries, whilst others contained enigmatic writings which appeared to conceal some kind of hidden message.

Shortly after his discovery, Saunière would begin to act in a strange manner. He would excavate large parts of his church, and on several occasions he and his housekeeper Marie Dénarnaud would be seen digging in the cemetery at night. The municipal council even lodged an official complaint about the priest disturbing the graves.

In a diary entry around the time, Saunière makes enigmatic reference to what he had found, using but one word — ‘secret’.

Had Saunière used the parchments to find some kind of treasure? If so, it would help to explain the astonishing financial turnaround the priest enjoyed over the next few years. Suddenly the formally impoverished Saunière seemed to have access to near unlimited wealth.

Throughout the 1890s, he would spend over 650,000 francs on a lavish series of renovations and new buildings at Rennes-le-Château. For a man who only earned 900 francs a year as a priest, the sums were staggering.

And some of the things Saunière built with his new found riches were decidedly strange, like the bizarre neo-gothic tower that doubled as his study or the array of sinister looking statues he decorated the church with.

One such statue, of a snarling, terrifying looking devil incongruously guards the entrance of the church. Some have even speculated this statue was actually of the demon Asmodeus, associated in legend as the guardian of Solomon’s treasure.

But Saunière’s spending spree had not gone unnoticed by the Church authorities. The priest was suspended on charges of ‘mass trafficking’ a common form of 19th-century ecclesiastical fraud were priests would sell non-existent masses.

Whether Saunière was actually guilty of this or not, it could surely not account for the vast scale of his spending. Either way, the priest took the secret to his grave, dying in 1917 without ever disclosing the source of his inexplicable wealth.

More than 50 years later, what had become an obscure, long-forgotten local legend, was revived by French author Gérard de Sède in his book ‘The Accursed Treasure’ in 1967.

De Sède’s book is the basis for all modern Rennes-le-Château myth making. In it, he takes the basic outline of Saunière’s story of finding a treasure, but adds some potent and sensational new elements.

The parchments Saunière found were actually proof that the Merovingian royal bloodline ( descendants of Jesus ) had not died out with King Dagobert II, who was assassinated in 679, but lived on in secret to the present day.

Sigebert IV, Dagobert’s son who was thought to have died in infancy, in fact, survived and was spirited away to Rennes-le-Château, and both he and his descendants were buried there.

De Sède also introduced the mysterious Priory De Sion, a secret order dedicated to protecting the underground Merovingian bloodline and one day bringing its descendants back to the throne of France.

‘The Accursed Treasure’ was co-written by an enigmatic figure called Pierre Plantard, who claimed to be none other than the living descendent of Dagobert II, and rightful heir to the throne of France.

De Sède’s book was a modest success but remained unknown outside of France until a British television writer discovered a copy of The Accursed Treasure in a French bookshop. What happened next catapulted the story to international fame in the most sensational manner.

Henry Lincoln, best known as a writer on the BBC’s long-running sci-fi show Doctor Who, picked up a copy of The Accursed Treasure during a holiday to Cévennes in 1969. He was immediately absorbed by this exciting tale of an impoverished priest who stumbled upon a great treasure.

Lincoln poured over every detail and soon, something very obvious leapt out at him. The book contained reproductions of the parchments Saunière had supposedly found. In one of them, curiously raised letters amongst the text clearly spelt a message — ‘To Dagobert II, King, and to Sion is this treasure and he is there dead’.

Certain he had discovered something more than a mere colloquial legend, Lincoln set about on producing a TV documentary about the extraordinary story of Rennes-le-Château.

In 1972, the BBC broadcast Henry Lincoln’s landmark episode of historical history strand Timewatch called ‘The Lost Treasure of Jerusalem’. This was the first time outside of France this amazing story had been told, and it caused a major stir.

Over the next 7 years, Lincoln would produce a further 2 documentaries on the same subject, eventually leading to the book that would, perhaps more than anything, cement the legend of Rennes-le-Château in the public mind.

Teaming up with historians Michael Baigent and Richard Leigh, Lincoln published the Holy Blood and the Holy Grail in 1982, an international bestseller whose enthralling narrative gripped the imaginations of the world like little before or after.

The trio’s hypothesis was absolutely staggering in its import. According to the Holy Blood and the Holy Grail, Saunière’s treasure wasn’t mere baubles, but a great secret, a secret so vast it had to be protected by all means.

The authors research had led them to believe the mysterious Priory of Sion was not just formed to protect the Merovingian bloodline, but was responsible for founding the Knights Templar itself — the guardians of the holy grail.

In other words, the priest at Rennes-le-Château had not just stumbled upon a lost Merovingian lineage, he’d stumbled upon the greatest taboo of Christianity — Jesus was an ordinary man who married Mary Magdelene and fathered children.

According to the authors, the descendants of Jesus emigrated to Rennes-le-Château, interbred with local nobles and formed the Merovingian royal dynasty in the 5th century AD.

They even found evidence of where some of these descendants were buried, encoded in a 17th-century painting by artist Nicolas Poussin called the Shepherds of Arcadia.

It was also in The Holy Blood and the Holy Grail that another crucial discovery was made. The authors were directed to set of documents in the Bibliothèque Nationale de France called the ‘Dossiers Secrets d’Henri Lobineau’.

Inside was mind-blowing evidence that the clandestine order had over the centuries been headed by such luminaries as Leonardo Da Vinci, Issac Newton, Victor Hugo, Claude Debussy and Jean Cocteau.

It was hardly surprising that the book would make such a massive and enduring impact. It told a thrilling story far better than mere fiction — a fact confirmed by Dan Brown’s plodding bestseller the Da Vinci Code, which borrowed wholesale from Holy Blood.

But in that, the ultimate downfall of the legend of Rennes-le-Château was seeded. The stories started to resemble fiction rather too uncomfortably. In fact, it all seemed too good to be true.

Did a humble parish priest really discover the greatest secret of Christianity?

I'm a Psychic Medium , Psychic Investigator, Radio Presenter for the Paranormal Show & Author. Originally from the UK, now living in Cape Town, I still give many Psychic readings, interviews (radio and TV) along with working with Paranormal teams. Click here to read my latest book on Amazon - Love and Light. 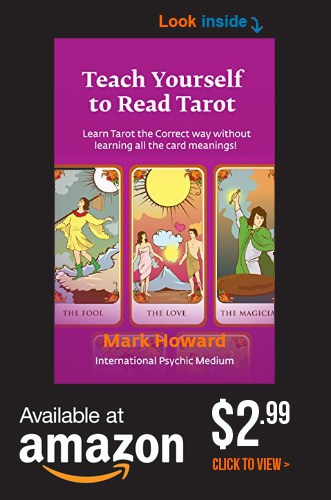 Based in Cape Town, Western Cape and originally from the UK, Mark continues to give Psychic Readings, including Tarot and bringing Spirit through to loved ones.